Although most laser beams can be imaged directly onto an image sensor, occasionally our customers need to measure beams which require a larger sensor area (see our previous blog post on large beam profiling). A few of the options DataRay offers include fiber optic arrays and beam reducers. However, for beams too large for fiber optic arrays or beam reducers, DataRay is pleased to announce our new Large Beam Profiling System (LBMS). The Large Beam Profiling System operates by shining the large laser beam onto a spinning white wheel. DataRay's WinCamD-LCM4 is then used to measure the laser beam’s reflection from the wheel’s surface with a reimaging lens. After a few simple inputs in the DataRay software, an accurate beam width can be calculated. In this blog post, we discuss some of the challenges that come with using the beam’s reflection instead of direct imaging and DataRay’s solutions to overcome these challenges. 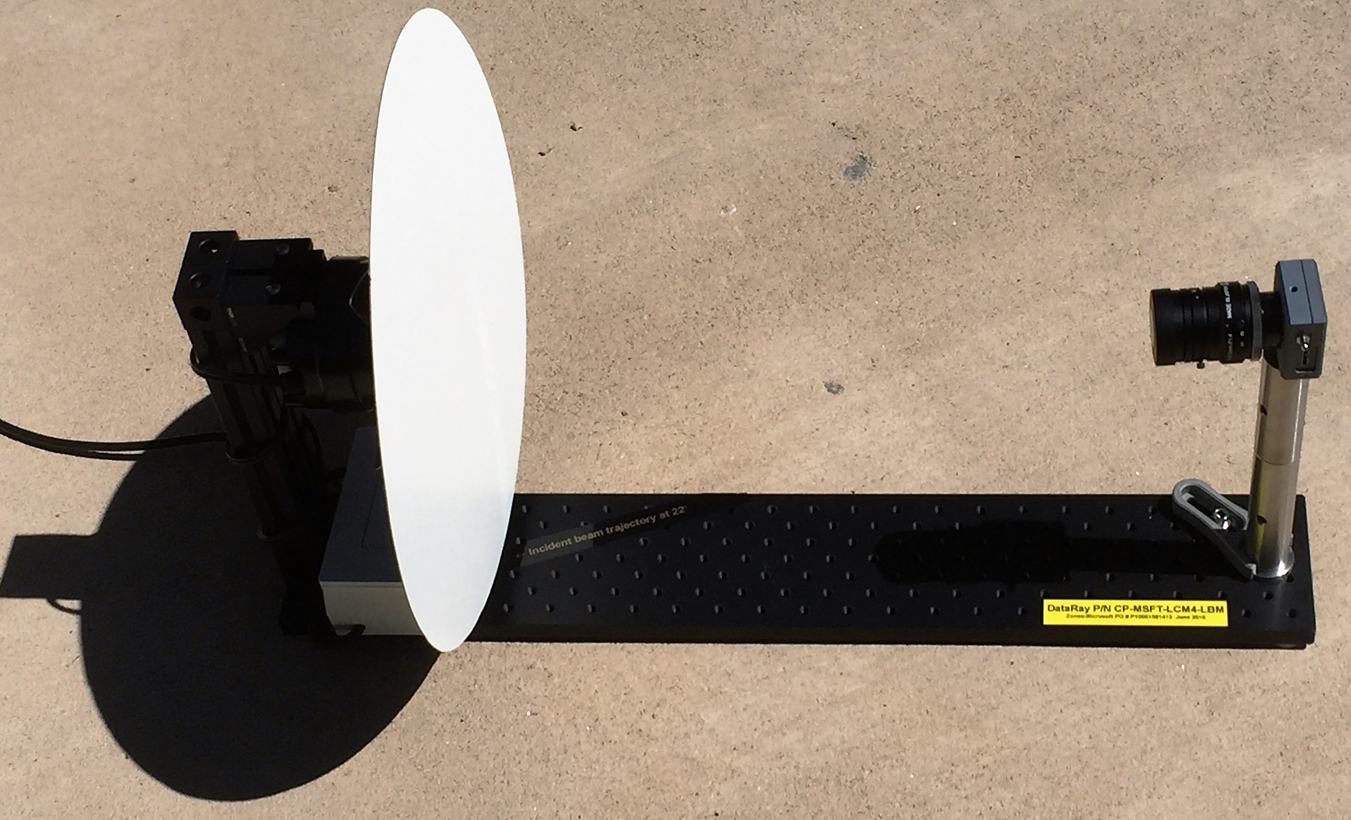 Figure 1: The Large Beam Profiling System. Note the white rotating screen that the laser is imaged onto. Additionally, a WinCamD-LCM4 is mounted on a post to take the beam’s intensity profile.

The foremost obstacle that comes with using the beam’s reflection is speckle—a multi-wave interference pattern that occurs when light scatters off of a diffuse surface (such as the white wheel). In general, interference will affect the accuracy of a beam profiling measurement and should be avoided (see Fig. 2). DataRay’s solution is to rotate the screen via a motor so that the speckle is averaged out and an accurate laser beam profiling can be obtained. On the LBMS, a switch is included to regulate the speed of the screen. 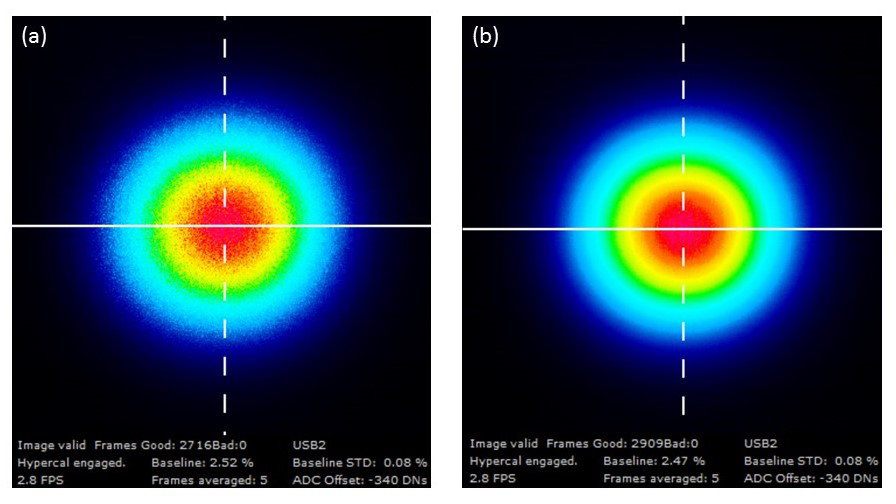 Since the laser image is reflected from the screen back to the WinCamD-LCM4, the portion of the beam corresponding to one pixel on the sensor is different than when the beam is shone directly onto the image sensor. A number must be determined that gives the distance on the screen corresponding to one pixel. In the DataRay software, the Pixel Multiplication Factor (PMF) is used to correct the calculations for reimaging the beam with lenses, fiber optic tapers, or beam reducers. DataRay will help you determine the PMF of your beam based on the distance of your camera from the wheel screen used.

The WinCamD-LCM4 camera stands facing the screen wheel. Therefore, the beam’s axis of propagation cannot lie orthogonal to the screen’s surface (the camera would block the beam). Rather, the beam must come from the side and strike the screen at a slight angle (see Fig. 3). DataRay includes directions on how to orient the incoming beam onto the surface of the screen with the LBMS. Due to the angular orientation of the beam (with respect to the screen’s plane), the width of the beam along one axis will be stretched. However, using simple trigonometry, the pixel multiplication factor along the stretched axis can be used to account for the beam’s angle and return an accurate beam profiling. 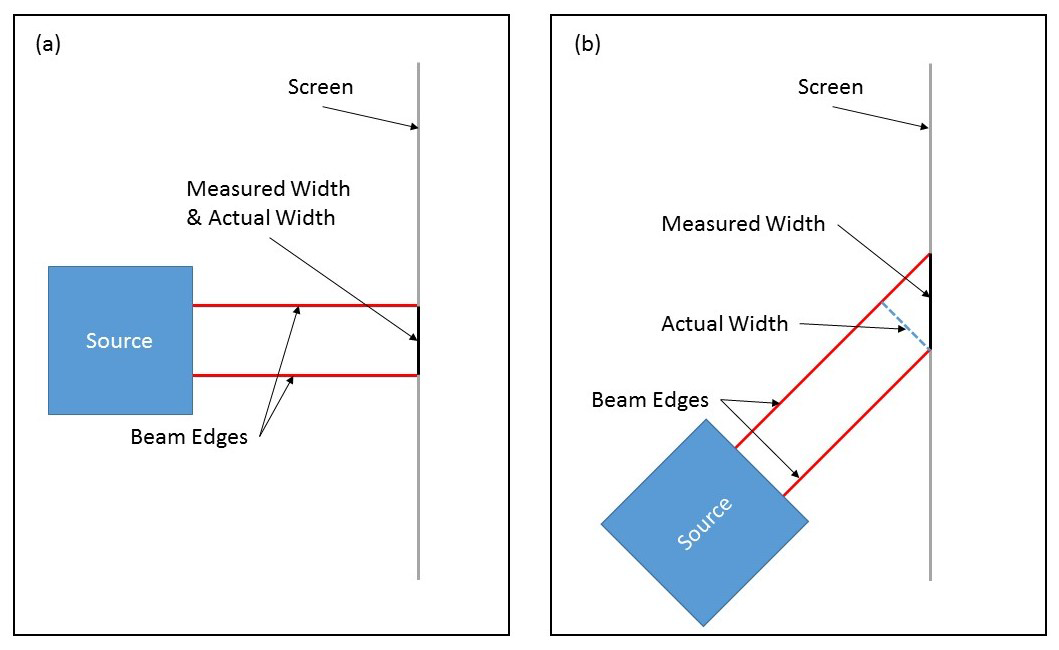 Even though profiling laser beams directly onto an image sensor is the easiest option available, for large laser beams a novel solution is needed. DataRay’s innovative Large Beam Profiling System accurately and effectively measures the width of large laser beams. Should you have any questions about which beam profiling system is best to measure your beam, please contact us. We have years of experience in the field of laser beam profiling and look forward to finding a solution for your system.