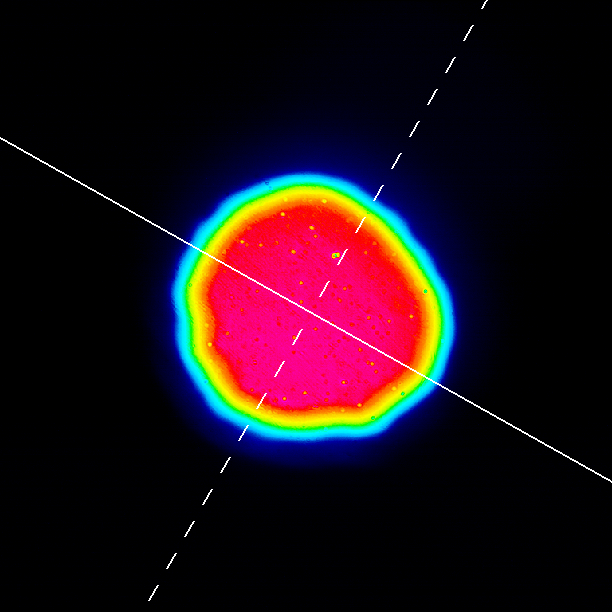 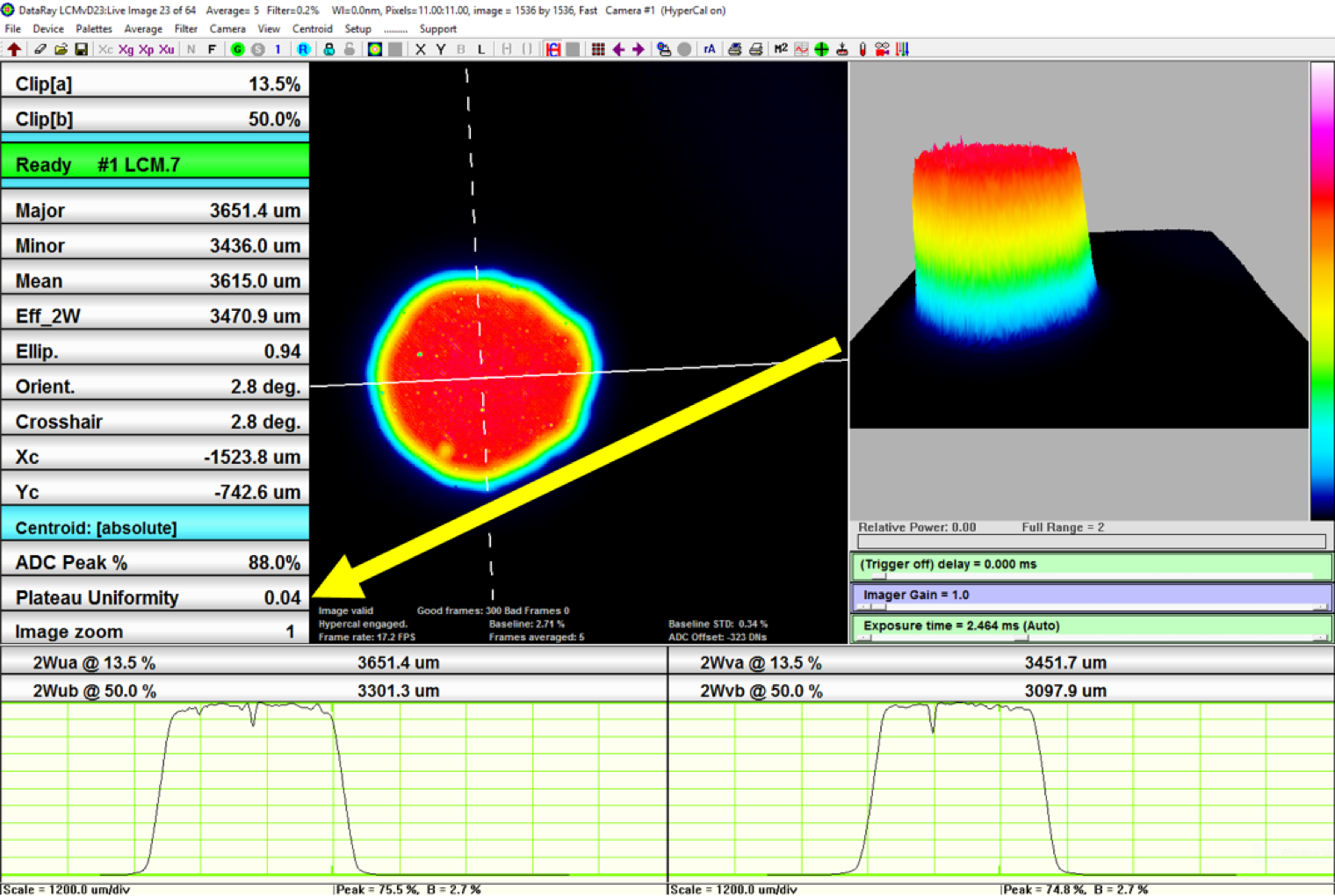 Figure 2: Location of plateau uniformity measurement
in DataRay software. The measurement must first be enabled.

To determine the uniformity of the beam we take the FWHM value for the Gaussian distribution found on the histogram (see Figure 3). The ISO 13694 standard gives the general equation for determining the plateau uniformity for CW lasers as

Where E(x,y,z) is the power density distribution. For pulse lasers, the equation is

With the power density distribution replaced by the energy density distribution H(x,y,z). ΔEFWHM (ΔHFWHM) is the FWHM value near the peak Emax (Hmax) on the histogram. As the beam grows closer to the theoretical flat-top, Up (z) → 0. Since the plateau uniformity is a normalized value it follows that 0 < Up (z) < 1. The plateau uniformity measurement is not natively enabled in the DataRay software. To enable the measurement, click Setup in the menu bar. From the Setup menu, click the Enable Plateau Uniformity option. Once enabled, the plateau uniformity value can be found between the ADC Peak % button and the Image Zoom button (see Figure 2). 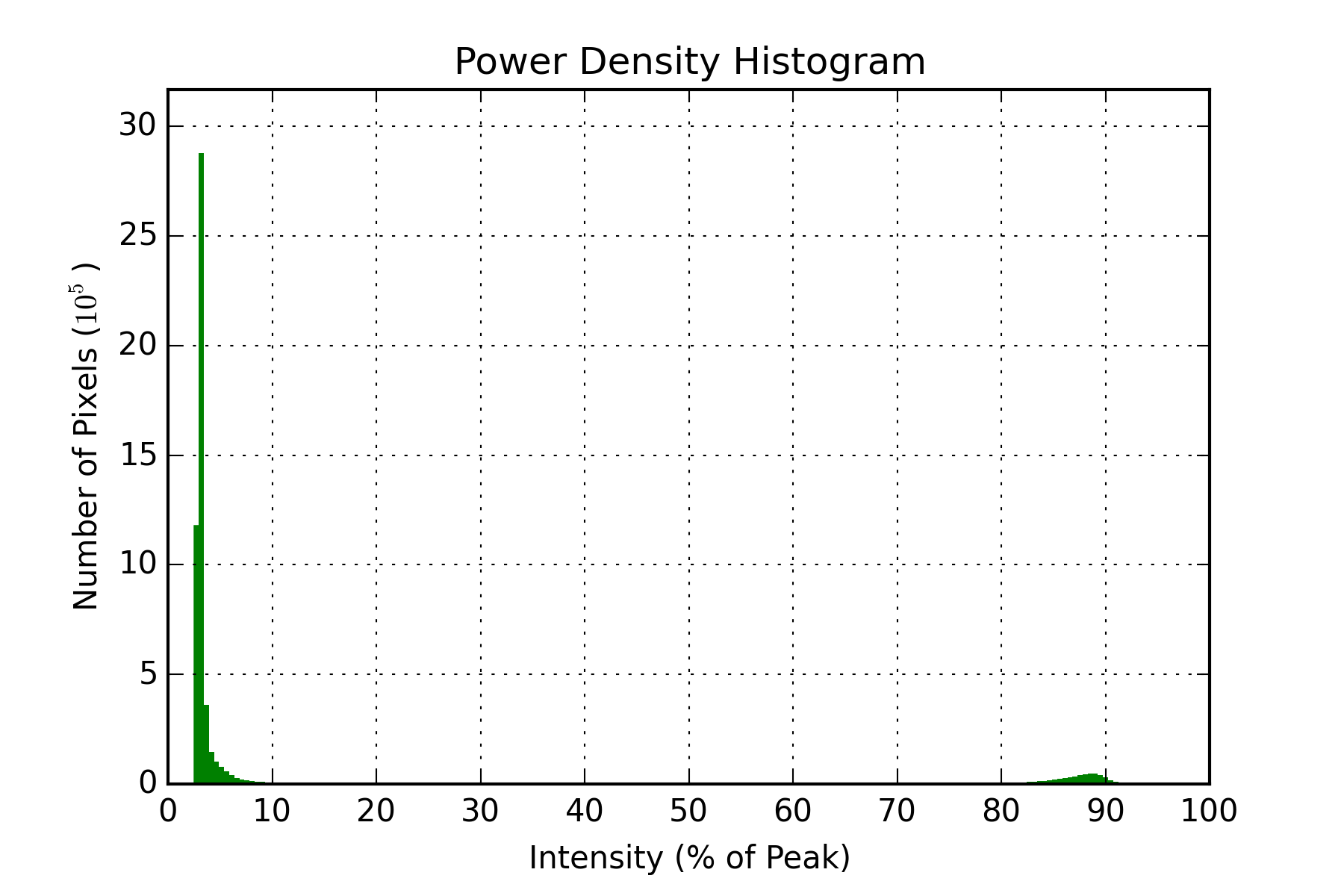 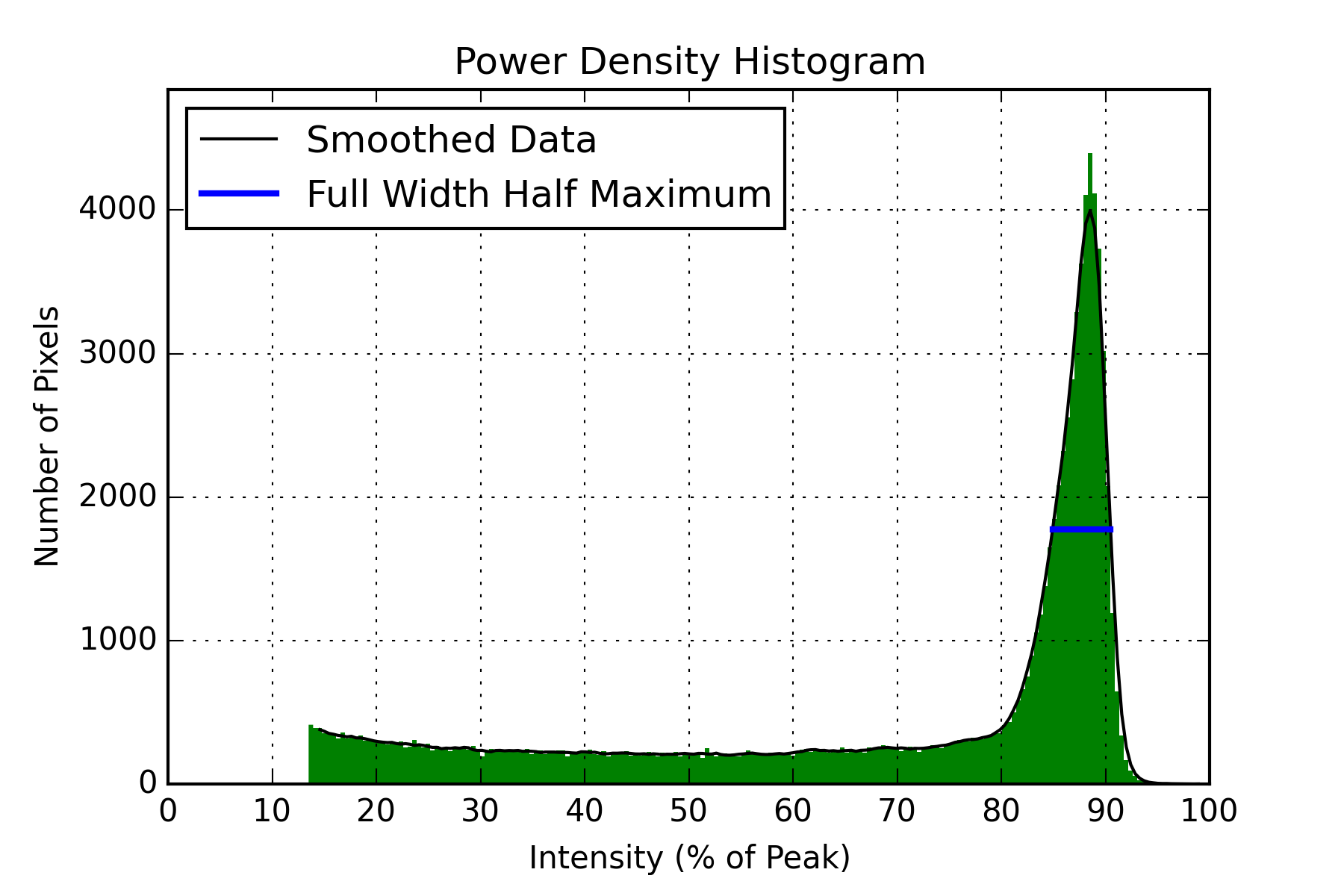 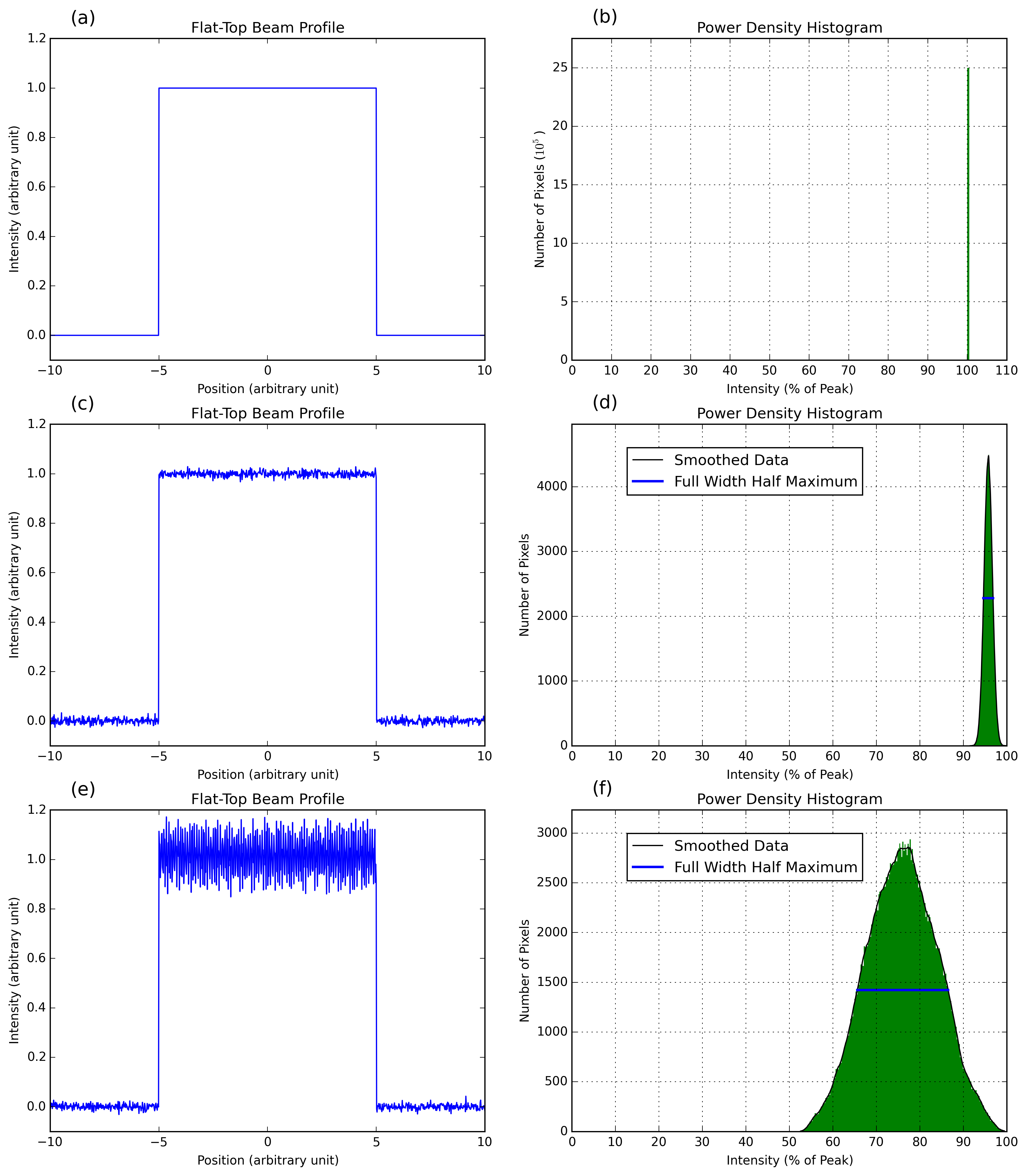 Although the flat-tops generated show a perfect step when moving to and from a plateau region, with real optics a Gaussian like drop off in intensity is seen at the edges of the plateau (see Figure 1). Therefore, the histogram for a flat-top in real world conditions displays not only a Gaussian distribution, but lower level intensity values that come from the Gaussian component of the beam (see Figure 4). As long as the low level intensity values reside below the half maximum value, they will not affect the FWHM measurement calculation.

An Application Note related to the topic described about is available for review here.

Should you have any further questions about DataRay’s plateau uniformity measurements feel free to contact us. Additionally, our product selector tool can help you find a laser beam profiling device well suited to your application, including cameras capable of plateau uniformity measurements. DataRay added this measurement to the software at the request of a customer. Please contact us if you would like any additional measurements added to the software. We are happy to work with our customers in order to improve our capabilities.