Although in the past DataRay CMOS beam profiling cameras were listed with a wavelength range of 355-1350 nm due to assumed sensor deterioration by short wavelength light, recent testing has demonstrated the CMOS sensor can image ultraviolet (UV) light down to 266 nm without sensor degradation; in this blog post we describe the test results. Whereas the upper CMOS wavelength limit of 1350 nm is due to a silicon sensor returning either a minimal response or no response when exposed to infrared light, the original 355 nm lower wavelength limit for the CMOS sensor was set to match the CCD sensor lower limit. Silicon CCD sensors have been shown to degrade when exposed to deep-ultraviolet-light (DUV)¹ and the 355 nm wavelength limit is given to prevent sensor damage. Since customers often wish to profile beams below 355 nm, DataRay offers several UV wavelength conversion devices (for different wavelengths of light) which use fluorescent crystals to convert UV beams into the visible wavelength range; however, a camera that can image UV light without a wavelength conversion device is preferred since additional optical pieces add complexity and can cause distortions. DataRay partners with several universities as an industrial affiliate and one university, the College of Optics and Electronics at the University of Central Florida, hypothesized that the CMOS sensor would be impervious to the UV light decay seen by the CCD sensor since the CMOS sensor differs quite substantially from the CCD sensor in both design and construction (see our blog post on CCD and CMOS sensors). Another university, the University of Colorado Boulder, recently tested one of DataRay’s CMOS cameras to determine whether CMOS sensors degrade under UV light. We report the methods and results of that test.

A pulsed UV beam repeatedly struck the surface of a DataRay WinCamD-LCM4 CMOS image sensor. The beam had a wavelength of 266 nm, a diameter of approximately 0.5 mm and was pulsed at 10 kHz with 60 femtosecond pulses. The shape of the beam was close to Gaussian with a peak mean irradiance of approximately 0.5 µW/cm 2 . The beam struck the surface of the sensor for 35 hours and 40 minutes in which 1.3 × 109 beam pulses were incident. The normalized signal of the sensor was recorded at various points during the test and although the data showed a small decay (see Fig. 1) in the response of the sensor, the decay trend falls within the margins of error for the measurement. When comparing an image of the sensor response before the experiment (see Fig. 2a) to an image after the experiment (see Fig. 2b), no significant changes are seen in the beam profile. Indeed, a ﬂat illumination of the sensor (the entire sensor uniformly illuminated) after the experiment shows no non-uniformities which would be expected if a portion of the sensor had been degraded by the incident UV beam (see Fig. 3). 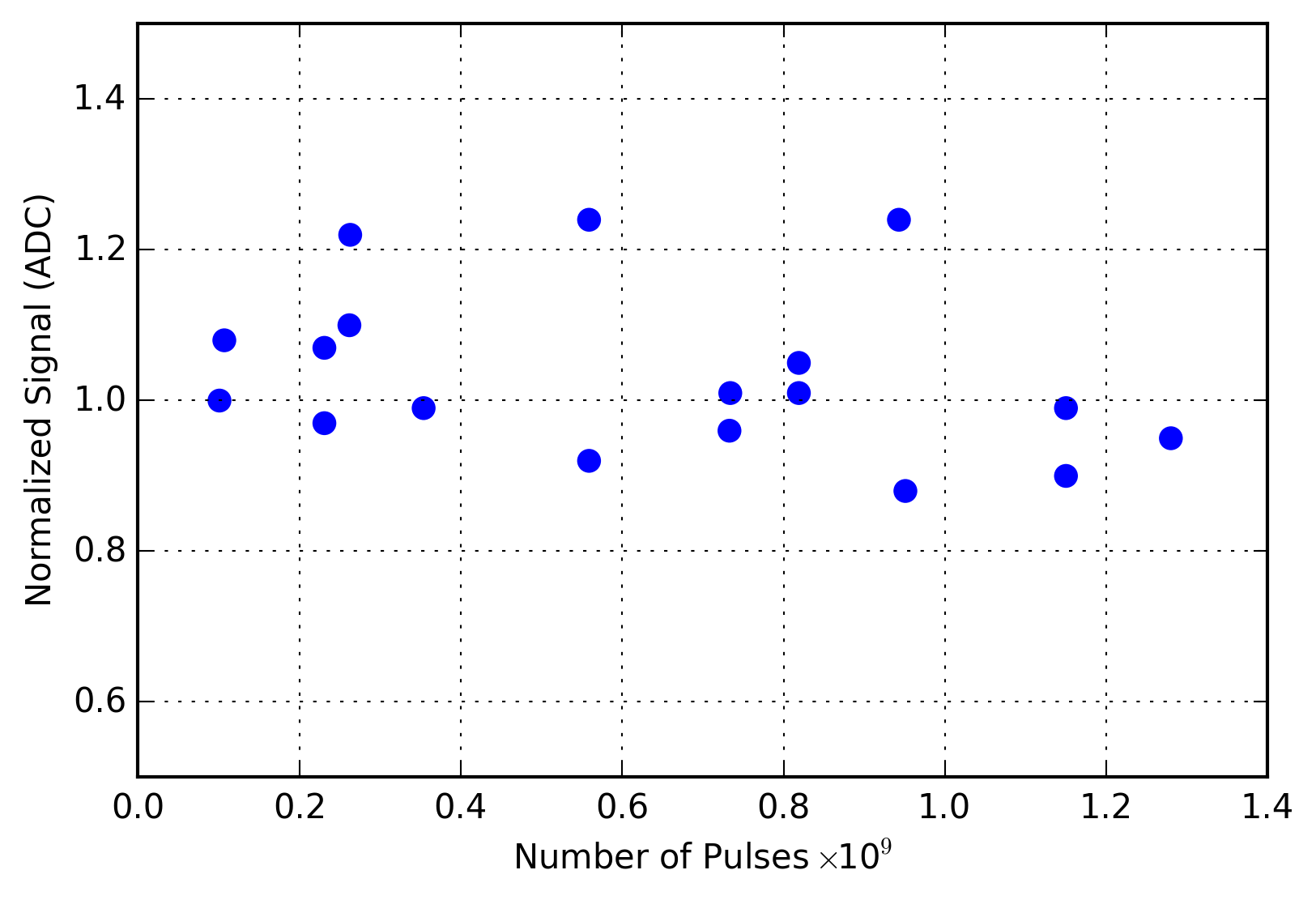 Figure 1: The normalized signal response of the sensor as a function of the number of pulses incident on the sensor. Although there is a slight downward trend, the data points fall within the margin of error demonstrating minimal or non-existent sensor decay. 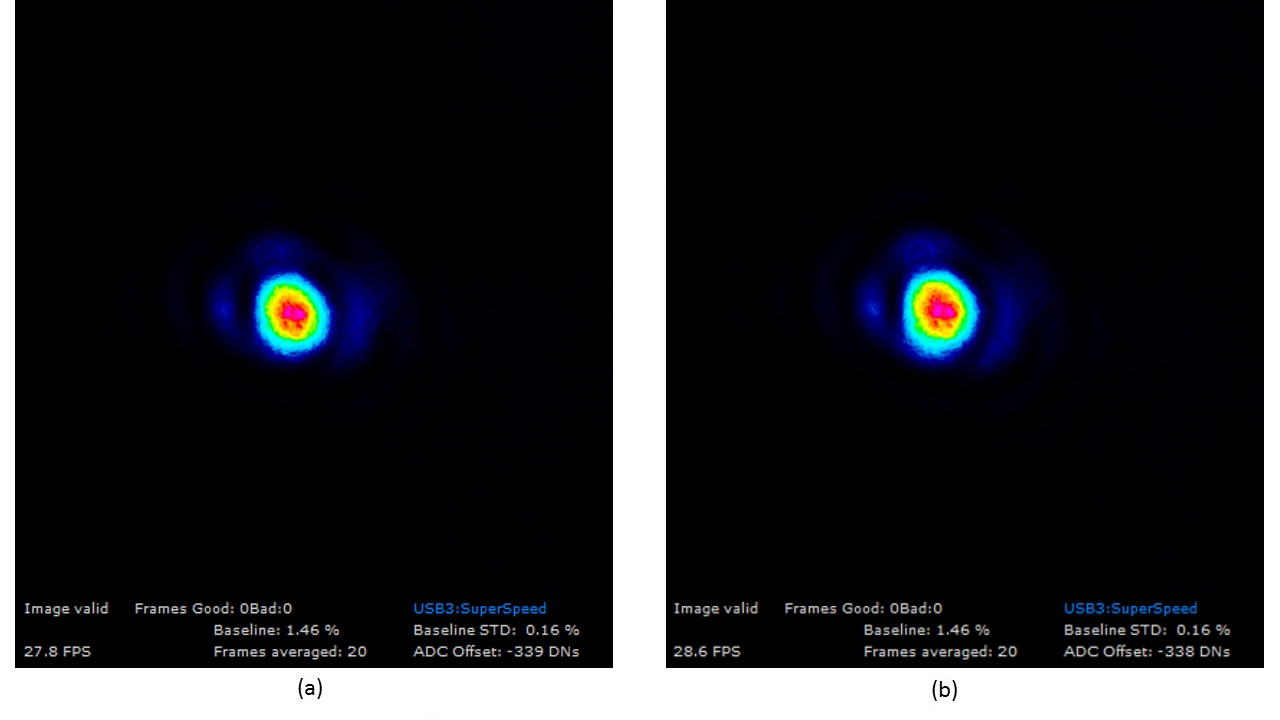 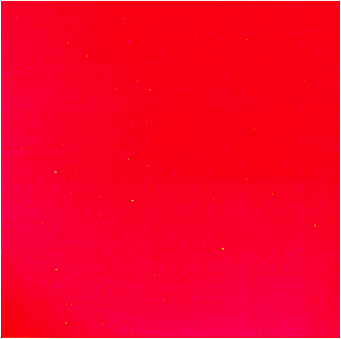 Figure 3: Image of the sensor with constant illumination after the UV test has been completed. Note that if the silicon pixels were damaged, an area of non-uniformity in the center of the image should be seen; however, as no degradation is seen, the test indicates that the UV light does not significantly damage the CMOS sensor.

In conclusion and with respect to these latest tests, DataRay now recommends the use of the WinCamD-LCM4, for beams between 266-1350 nm. If you have any questions about beam profiling in the UV wavelength range, UV wavelength converters or any other beam proﬁling questions, please contact us. We have years of experience proﬁling laser beams and look forward to finding a solution for your system!