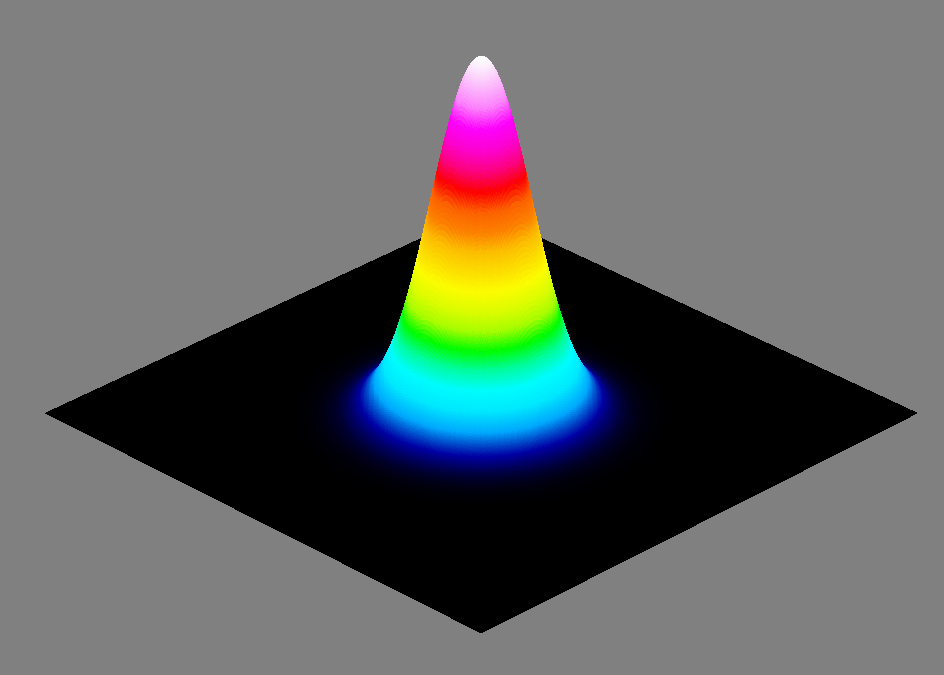 Although the second moment measurement of beam width is the most accurate method available, approximations in the given integrals contribute to systematic error. An example of the integrals used in the second moment measurement is shown below: \begin{equation} \iint I(x, y) \,dx\,dy \end{equation} The integrals for the second moment beam width measurement nominally have their limits at infinity; however, due to the finite area of the sensor surface, the integrals in practice require finite limits. We use a TEM\(_{00}\) fundamental Gaussian beam as an example. The TEM\(_{00}\) Gaussian beam is a commonly desired laser output. This theoretical beam serves as a reference beam against which actual beams are compared to in order to determine their quality. The equation for the beam irradiance is given by \begin{equation} I(r, z)= I_{0}e^{-\frac{2}{w^2(z)}r^2} \end{equation} Where \(w(z)\) is the beam radius when the intensity has fallen to 13.5% of the peak, \(I_0\) is the max irradiance, and \(r=\sqrt{x^2+y^2}\) is the radial position. We see that second moment integrals are dependent on the radius, and that the beam technically extends to infinity. However, since the irradiance is a decaying exponential function, it displays asymptotic behavior—it tends towards zero quickly—and the sensor need not extend to infinity. Rather, the integral should include a majority of the beam's power. 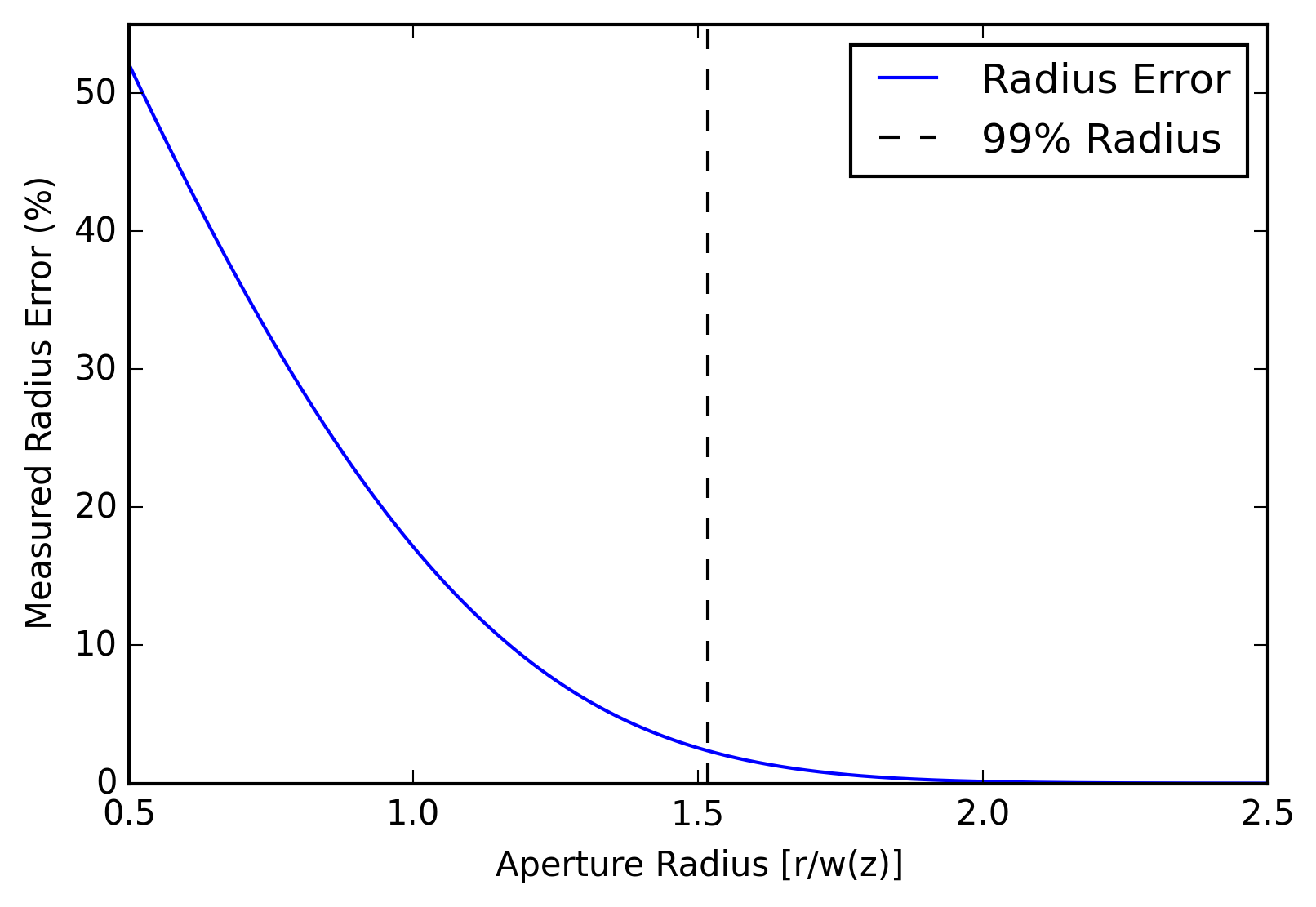 Figure 2: Measured beam radius percentage error as a function of the aperture width. The radius error (solid) displays decaying exponential behavior. The radius (dotted) corresponding to 99% of a TEM\(_{00}\) Gaussian's included power has a 2.35% error.

We can find an analytic solution relating the error in the measured radius to the finite limit \(r\) of the second moment integral (see Figure 2). The second moment is very sensitive to noise. A noisy signal can render a beam measurement unusable. The ISO Standard recommends the use of baselining and thresholding to remove a substantial portion of the noise. An additional software aperture—which includes 99% of the power incident on the sensor—is used to remove the remaining noise. However, if the noise remaining after thresholding is a negligible amount of the 1% power cutoff, then a significant portion of the cutoff is comprised of the beam itself; thus, the accuracy of the second moment beam width measurement is reduced. The aperture radius (i.e., the finite limit \(r\) corresponding to the 99% inclusion for the TEM\(_{00}\) beam is \(1.52w(z)\)). This value in conjunction with the analytical expression for beam width error places an upper bound of 2.35% on the error. DataRay has developed a correction factor that accounts for this error in the effective software aperture.

In addition to error from the inclusion region, the discretization of the pixels on the camera sensor array contributes to systematic error. Although the second moments are given as integrals in the ISO 11146 standard, due to the finite number of pixels on the sensor the integrals are in practice Riemann sums. Riemann sums have inherent error, which DataRay's correction factor also accounts for; however, we save an in-depth discussion of discretization for a future blog post.